A better EPG for the web interface?

I'm sorry but I know this has been covered in various ways when discussing apps, but I don't think it's been specifically discussed about the web interface that you access from laptop or desktop.

The default EPG in TVH is useful if you want to look for a specific channel, or search for a specific program. However, unlike most DVRs, there doesn't appear to be a grid view with channels listed vertically and "now and next" listed horizontally.

Someone did a mockup, and posted an image, which I'll shamelessly steal: 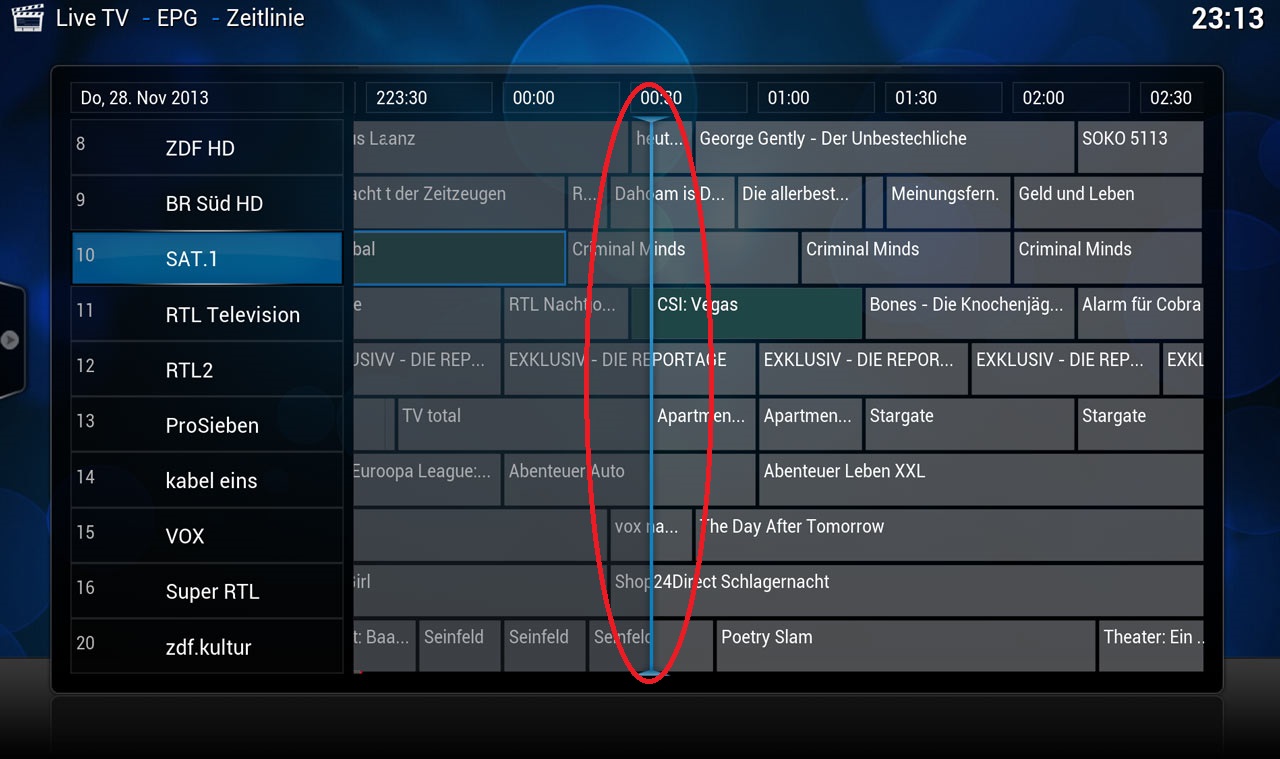 as part of this discussion:
https://tvheadend.org/boards/5/topics/10484?r=10980
but that mobile EPG mentioned has been abandoned :-(

I'd be interested in working with someone on this.

RE: A better EPG for the web interface? - Added by Paul M 10 months ago

people who've subscribed to this thread might be interested to know that my EPG will now cast live channels to a chromecast device.

if persistent auth worked for playback, or I could find a function in the API to generate a playback ticket, then I could stream recordings.

RE: A better EPG for the web interface? - Added by Paul M 10 months ago

Some good progress on tvh_epg project.

At home I have my own DNS, so my TV Headend server has a resolvable name using my private DNS server. However, it appears that Chromecasts always use Google, so, I added a feature to make the program resolve the hostname to an IP address before telling Chromecast to play the stream.

I have found it works very well with my Chromecast 3rd gen. Also, I discovered that it works with my Chromecast Audio, allowing me to stream radio and the soundtrack off TV channels (both mpeg2 std def and h264 hi def channels). Oddly, ClassicFM only plays for two seconds and cuts out, I thought it might be due to a high bit rate but BBC Radio 3 plays just fine.

Talking of radio channels, people might like my command-line radio app (although it was written for the raspberry pi, it will run on anything: https://github.com/speculatrix/ya_pi_radio )