Added by Adrian Carpenter 4 days ago

I thought I'd share the result of my efforts, I've been asking a few questions about the xbox tuners which I have used and so far since I switched to using VM they have behaved thus far.

My particular configuration means that I schedule a connection to each mux (6 that are of interest to me in the UK), as each mux is pre-tuned, they're always locked and can provide a stream to a client very quickly. I use Emby as a media server and I have a nodejs application I have written to provide a m3u file with the available channels in tvh. I found that I had to create the custom application as I needed to pass the channel number in the m3u as tvheadend sets it to the uuid of the channel which is not usable in emby, I need the channel numbers, so my application simply queries tvheaded and produces a m3u from that data but in a format that allows emby to work correctly.

This is the set of 3 built enclosures, I have 2 tuner boxes which hold the actual tuners, each box can accommodate up to 5 xbox one tuners and the final enclosure is what I call the "electronics" box, this houses two USB-3 4 port hubs, a power supply and connectors for power and a USB-C connector to the outside world. 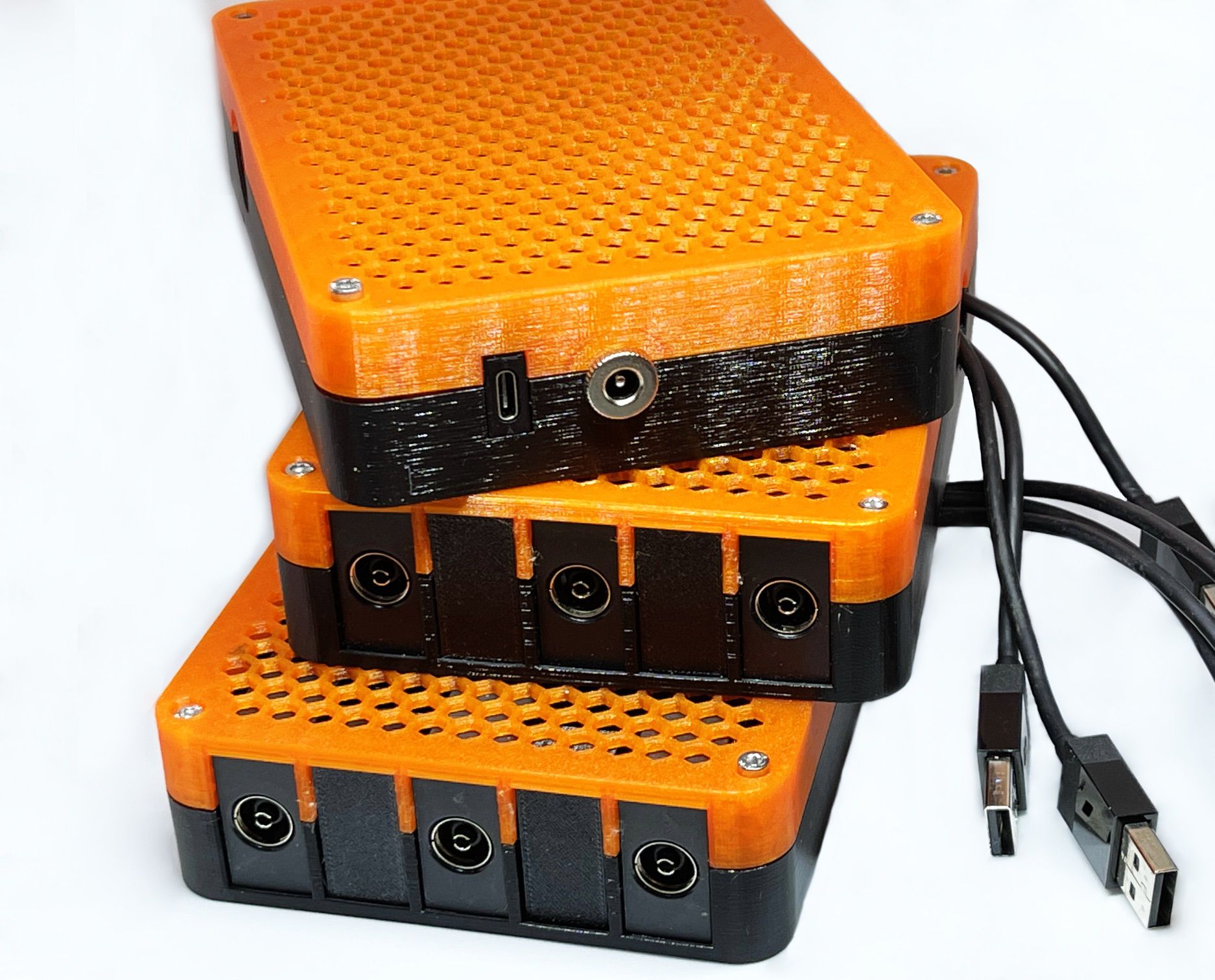 This is a picture of the inside of the electronics box, a USB-C to USB3-A connector is held with a clamp arrangement, and one hub plugs into the USB-A side, the other hub is plugged into the first hub. The PSU is a 5-36V type and uses a 5.5mm barrel jack. A hole on the side of the enclosure takes the USB plugs from the tuners which are then plugged into the hubs. One of the hubs is flipped of that the power connector breaks out the other side, this makes a huge difference to the cable management. 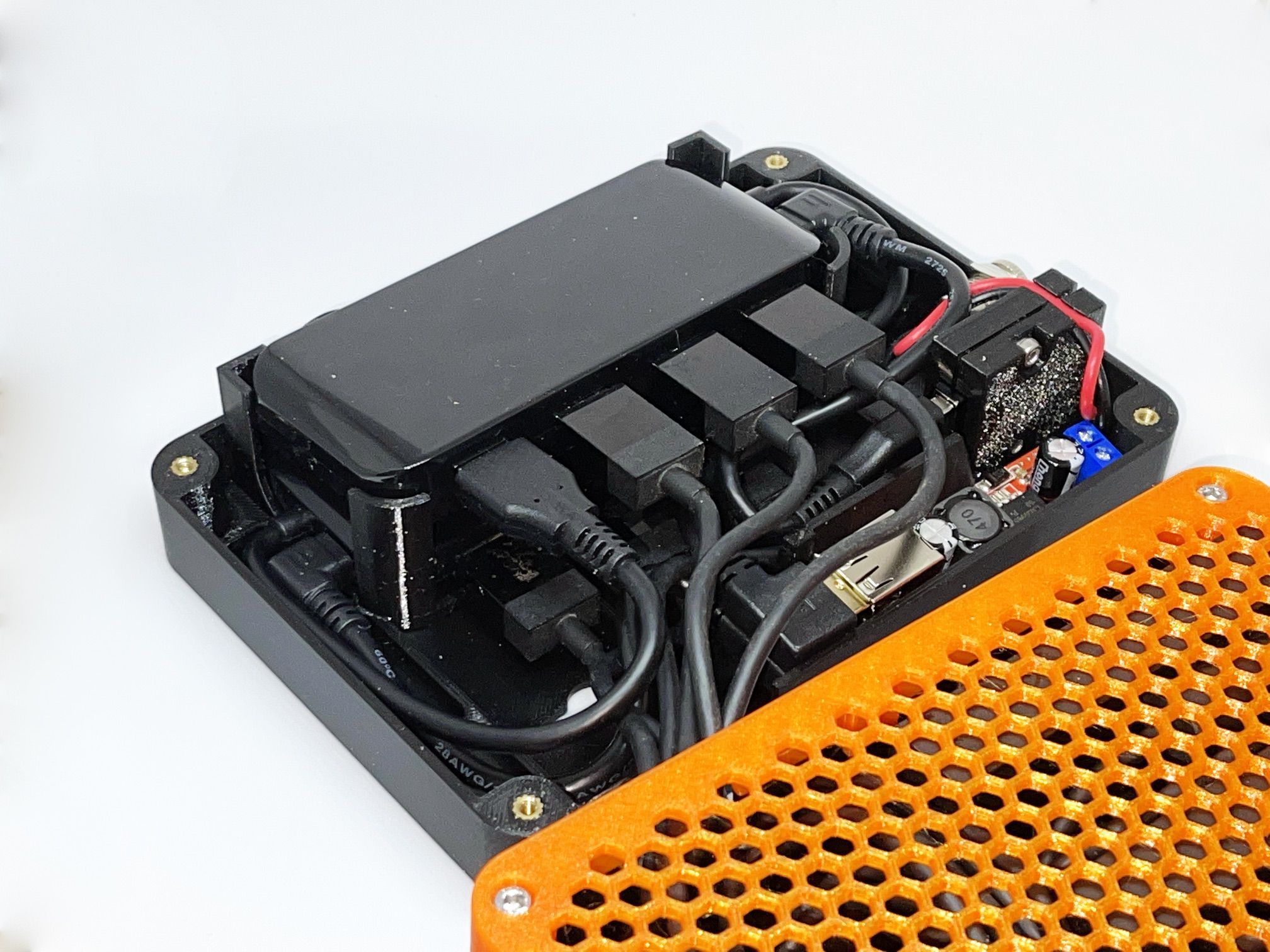 This is a insert that is fitted to the inside of the electronics box, it's purpose is just to keep the hubs in position, I designed it as a separate part just so that different hubs could be supported other than the ones I chose. 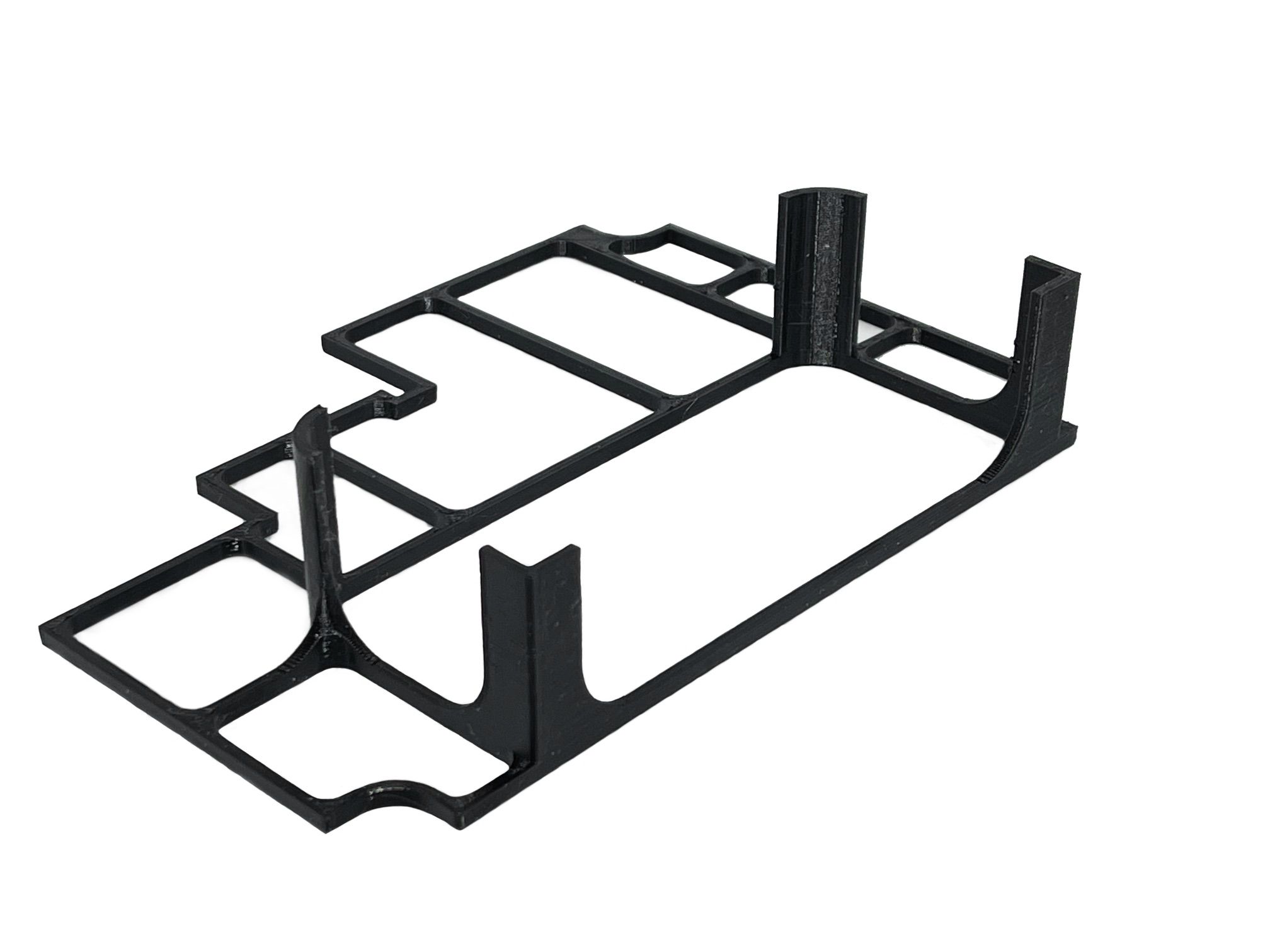 This is the 3D model of the enclosure showing how the USB connector and insert all fir together. 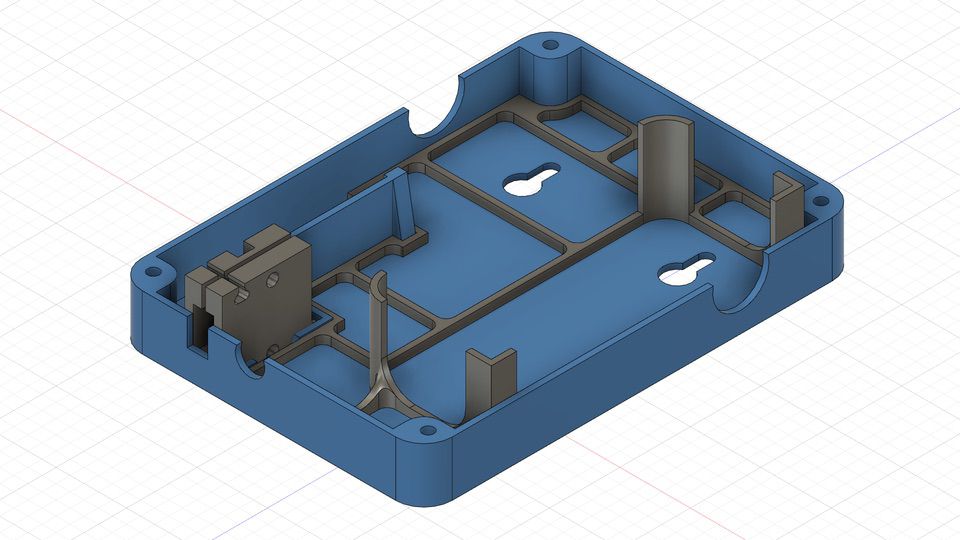 The clamp part, the USB-A to USB-C adaptor can be seen, there are 2 parts to the clamp which uses threaded inserts, the screws are tightened which hold the coupler firmly in place and then the assembly is push fitted into the main enclosure, it is designed to fit to the top of the case so there is no chance of it becoming loose. There's a small channel which allow the power supply cables to go through to the PSU, as I mentioned there is no clearance above this part so the channel is required to get the cables over to the PSU board. 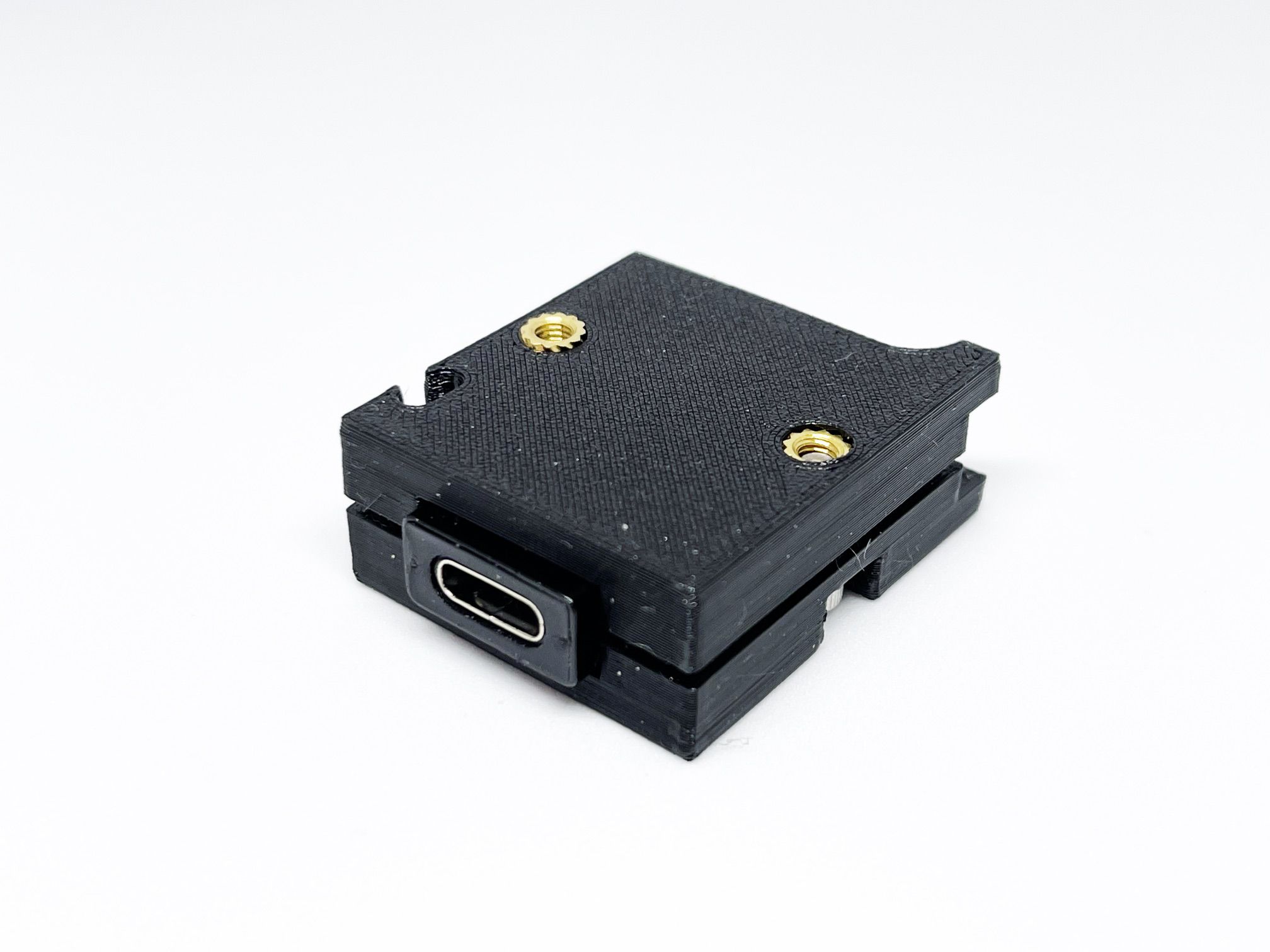 This shows the completed assembly. The actual coupler sticks out a few mm so that when it is installed, it is flush with the case. 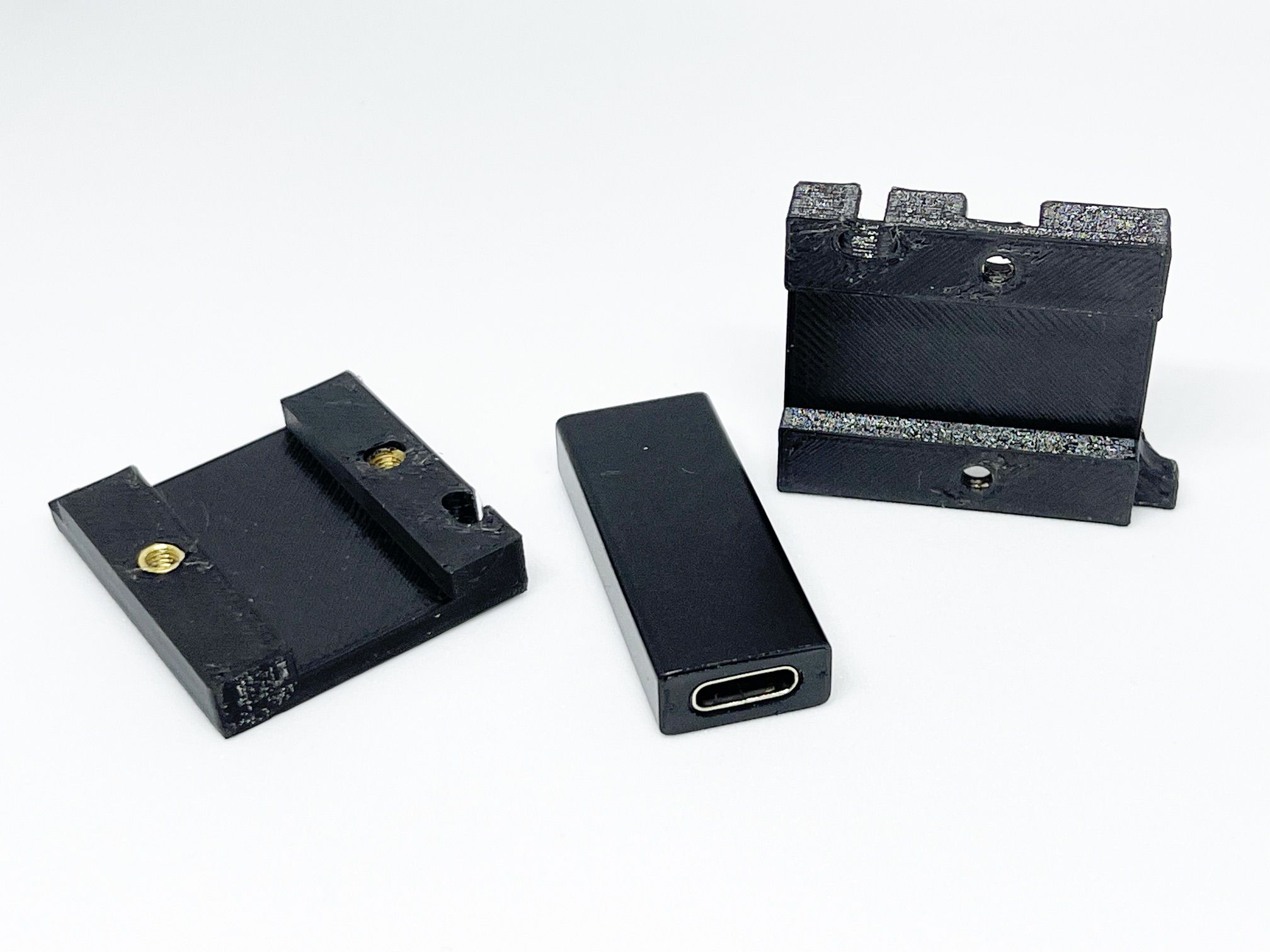 A picture showing the DC jack, coupler assembly and power supply in place. The channel for the power supply wires can be seen at the top. 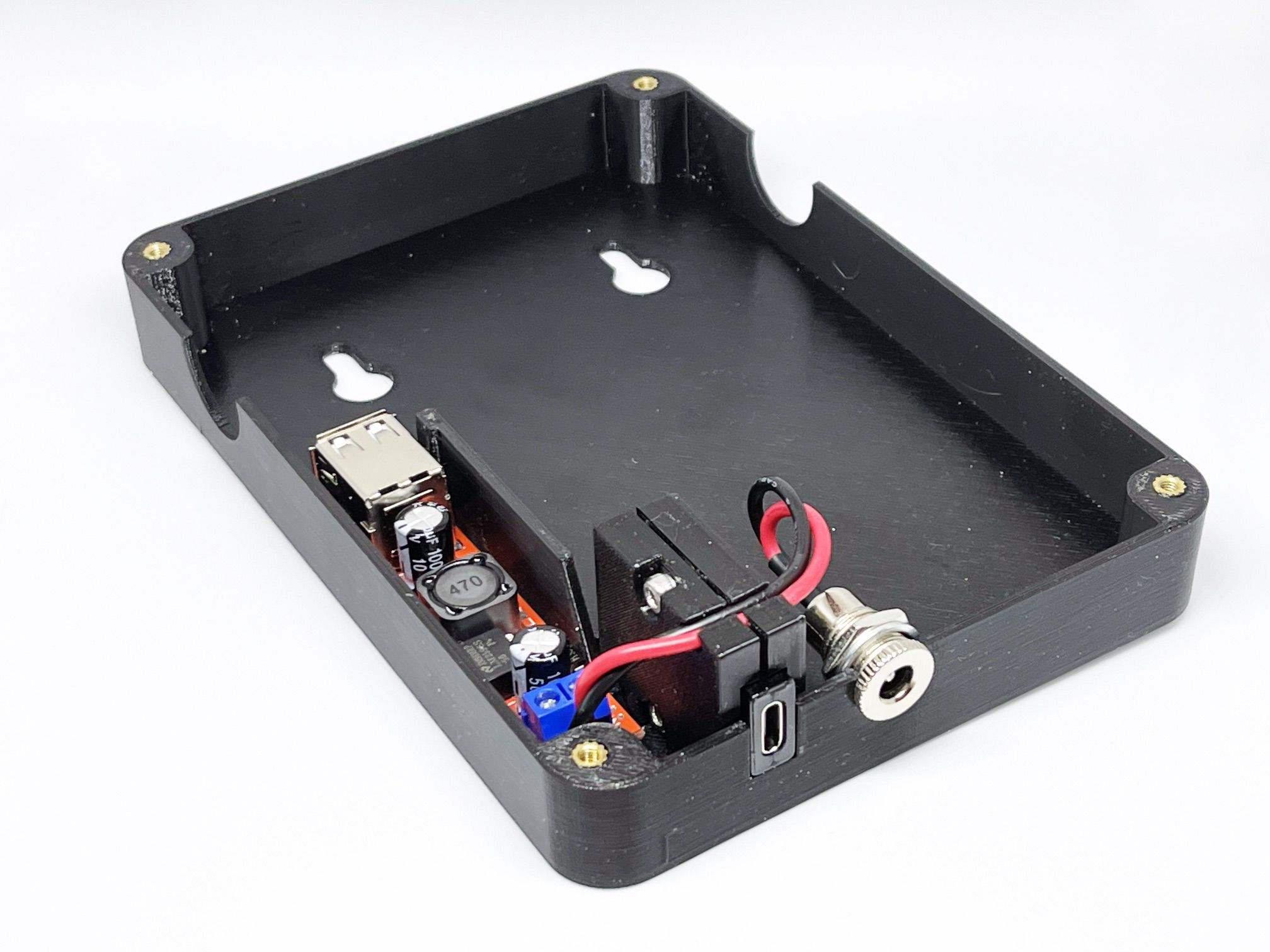 A picture showing the coupler assembly and insert for the hubs. 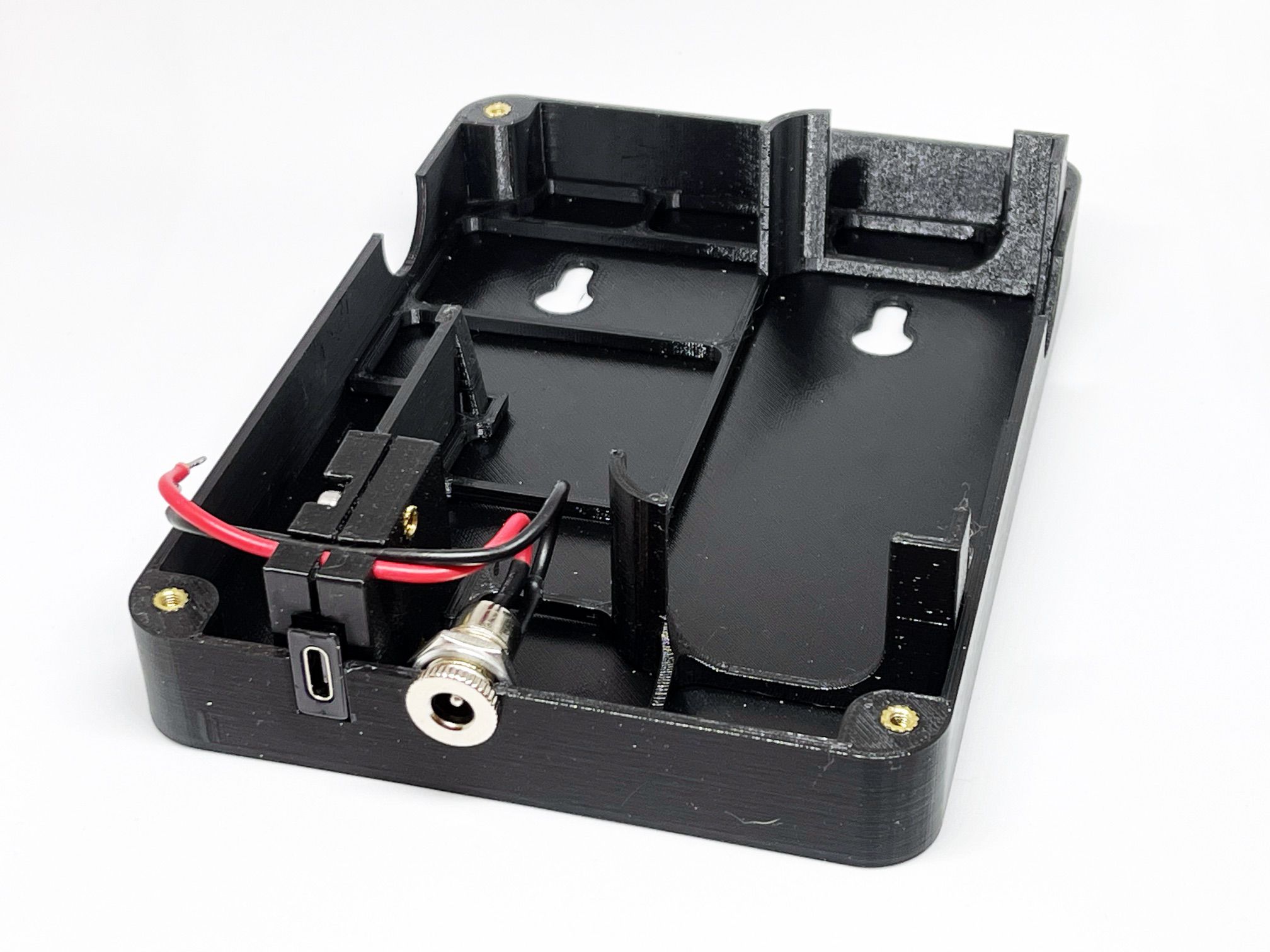 Next is the base for the tuner enclosure, each channel in this is the correct size to hold an xbox-one tuner, a lip at the front prevents the tuner from slipping out. 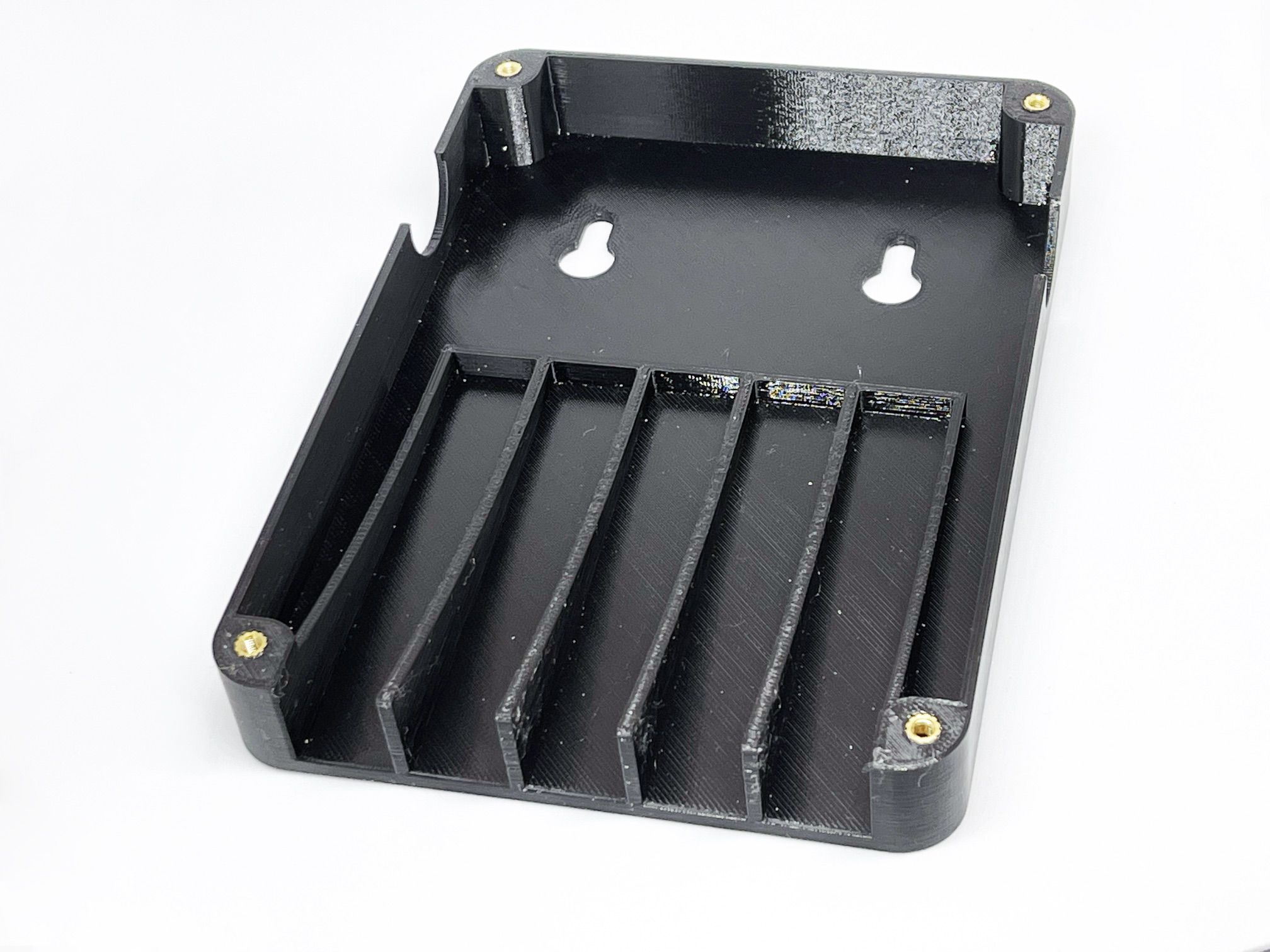 Here is the enclosure with the tuners fitted. In this case, there are 3 tuners and 2 "blanks". I need 6 tuners, so I split them evenly across both boxes. 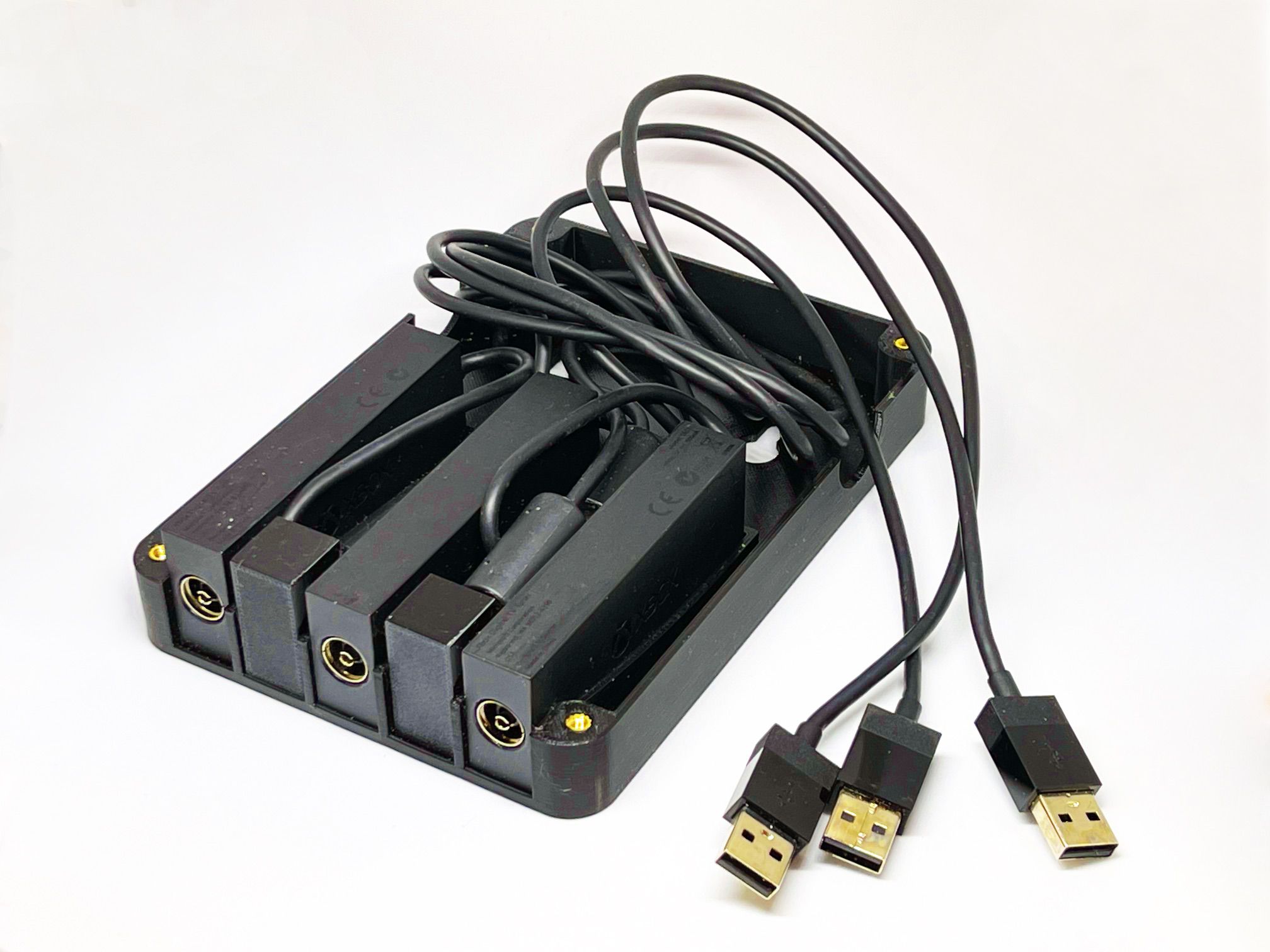 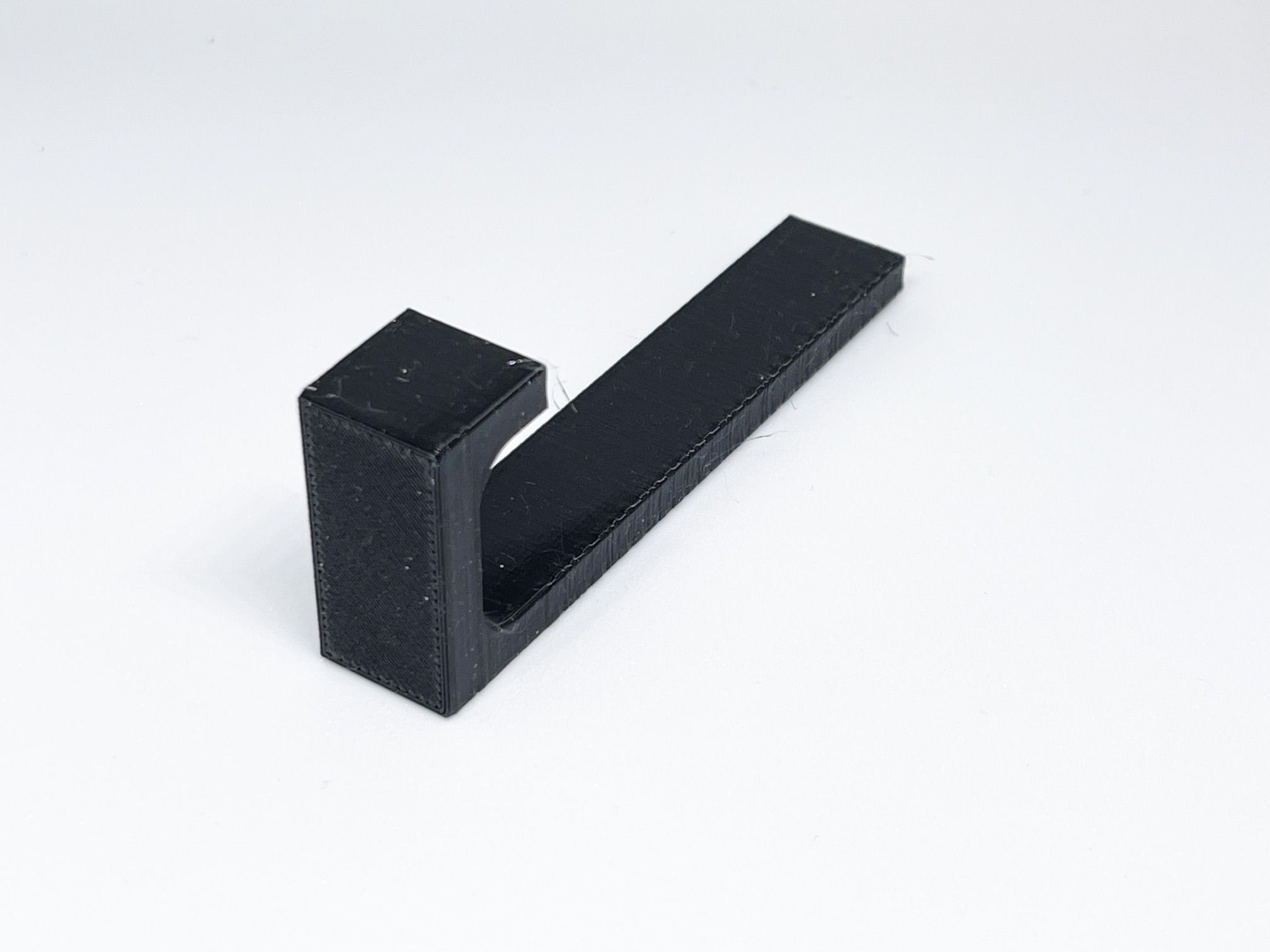 And finally, I used rg316 cable to create the cables which run from the distributor to each tuner, rg316 does look very neat but it took a few hours to produce the cables as I didn't have the correct stripping tool so had to manually strip each cable which was time consuming to ensure that I didn't make any mistakes while stripping the cable.

Visual OK, but is it so practical?
There is noting about cooling
That's why CNC router and metal body is better

Why would it not be practical, I don't understand what you are asking? You literally plug the antenna cables in, a single USB C cable and a DC power supply cable.

Heat has not been a problem so far, but if it does, it would be easy to modify my design, most likely using a noctua fan of some description.

I don't have a CNC machine.

Because when tuners working emit heat, the heat they emit has no way to go and accumulates in the enclosed space and its walls.
Тhe plastic casting you use has no thermal conductive properties and retains heat.

Тhe solution to either make a larger interior space, or make perforated walls, you'il even lighten the structure and make it cheaper ;)
Or use a ready-made metal Heatsink Pillar to base and cover the box, therefore, industrial solutions have such boxes.

Calculate the power consumption in watts of all devices in the box and then calculate how much heat must be released so that it does not heat up within 15-35C room temperature.

Back to school... for homework

this app can help you
https://energy.concord.org/energy2d/download.html

I get you (and I myself work on embedded systems), but heat is to be expected (excess energy has to go somewhere), but, it's not necessarily indicative of a problem.

Heat only becomes an issue when you exceed the limits of the devices, generally speaking, commercial-grade semiconductors are specced to up to 70 degrees Celcius, although if a component is known to generate heat then it may have a much higher rating.

I don't have enough data to know if there's going to be issues regarding stability, I have in the past run these specific tuners butted up next to each other (4 in a block) in a different enclosure (each tuner was connected to a different host) and there were no problems.

This current iteration is trying to bring the tuners back into being "a single device", I have had issues with them when connecting them all to the same host, but I think that was due to the host platform rather than anything else, these have been up and running for a few days now without any problems, previously I would have seen issues by now.

I'd love to make these out of copper, but I don't have a CNC, well actually I do have a CNC, but it's not capable of milling metal.

One more solution of heat exchange is to build case with vertical internal cooling (as Xbox Series X)
Heated air will accelerate itself airflow as in this case https://en.wikipedia.org/wiki/Flue-gas_stack
Heat and height make air acceleration aka air flow

This is in case of passive cooling.
For semi active cooling: You can always collect everything in a large jar with can be put in a fish tank

Nice work! But where are the STL files? 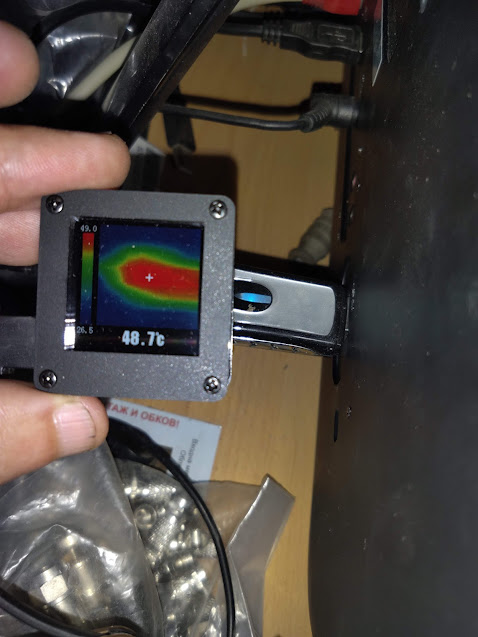